we have yet another top tourist attraction in the city of London, the Science Museum.

Being the part of the National Museum of Science and History, the Science Museum is the most recommended locations for those who have an innate love for science. The museum receives great funding from the side of the government, so there is no admission charge. But in the time of exhibitions which are arranged after regularly scheduled intervals, a minimal amount is charged as an admission fee. There are more than 300,000 scientific items and inventions that are available in the museum.

Posted by Ritin Parbat at 23:38 No comments:

Ritin Parbat Diary - St Paul's Cathedral
At number 4 we have the site which is the dearest to all the residents of London known as St. Paul's Cathedral. This building is marked by its landmark dome which comes to add a great amount of beauty to the entire architecture of the site. 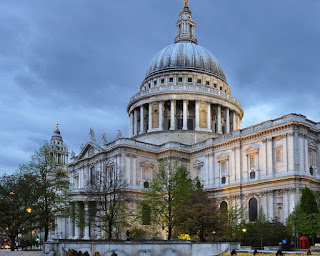 Holding a great deal of national significance, this location is also used for hosting a number of events. It was designed by the great architect and one of the most notable figures of those times, Sir Christopher Wren. The construction process of this architecture was initiated after the times of the Great Fire that had swept through all the areas of London three centuries ago.

Posted by Ritin Parbat at 03:45 No comments:

At number we have a mainstay and one of the major tourist sites in London, The Buckingham Palace. 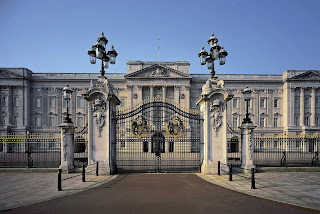 The best time to visit this site is during the summer months so that you can see the surrounding scene of the museum in its full bloom. The construction process was completed in the year 1850 by Edward Blore. Since those times, many renovations and constructions have been carried out in the palace which is still regarded as the principal façade of the city. Most of the state rooms of the palace are normally opened for the tourists and public in the months of August and September. It has become the Royal residence in the year 1837 and till now has been used for the purpose of accommodating the Royal Family. All around the year numerous ceremonies and exhibitions are arranged in the palace.

At number 1 we have the most visited and highly recommended site to visit in London, The London Eye. Located on the bank of the River Thames, this site is ranked as number 1 in the list of the most visited tourist location of London. This location has been named the London Eye primarily because of the giant Ferris wheel located in the center. 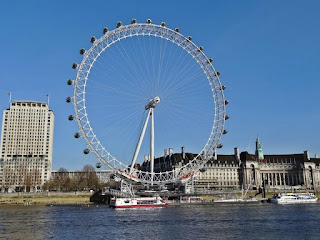 According to a number of survey and reports, it has been estimated that more than 3.5 million tourists come to visit this location on a yearly basis. The structure was erected in the year 1999 and at that time it was considered to be the tallest Ferris wheel in the whole world until it was replaced by the 160 meters high, Star of Nanchang. In the year 2011, the name of this site had been changed to EDF energy London Eye. Located on the South Bank of the Rover Thames, it had been built initially for the festival of Britain in the year 1951. All the capsules attached to the main structure are air conditioned and have been designed by Leitner-Poma. In terms of critical reception, this site has received mostly positive evaluations from the people like Sir Richard Rogers and many others. It is also said the London Eye has done the same for London like the Eiffel Tower has done for Paris. Not only the residents and tourists, but some of the political figures of the city also come to experience the joy of this site. So, in order to absorb London, this site must be visited.

Posted by Ritin Parbat at 13:39 No comments: